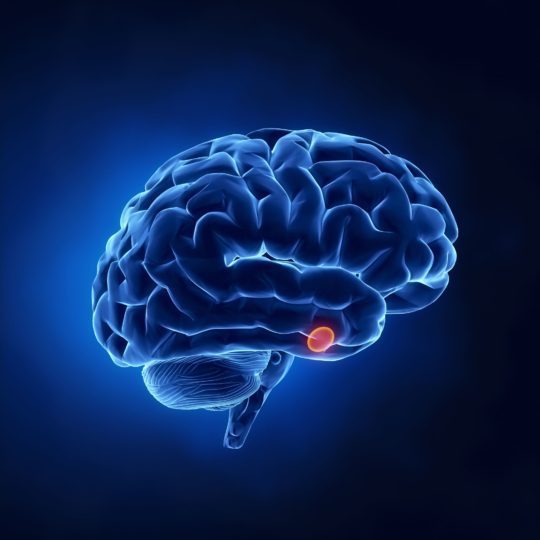 What is Cushing’s syndrome?

Cushing’s syndrome is a disease that occurs when your body makes too much of the hormone cortisol. Also, it can occur from getting too much cortisol from medicines.

A little cortisol isn’t bad. Prolonged exposure to the hormone causes problems. Cortisol is produced by the outer area of your adrenal glands. These glands are located above each kidney. Cortisol is good for your body in limited amounts. In fact, cortisol is sometimes called a “stress hormone.” This is because it helps the body respond to stress. Also, it helps your body use nutrients, treat inflammation, control the amount of water in your body, and tell your liver when to increase your blood sugar as it needs it.

Cortisol is controlled by another hormone known as ACTH. It is made in your pituitary gland. This gland is located just below your brain.

The following are some of the symptoms of Cushing’s syndrome:

The most common cause of Cushing’s syndrome is taking corticosteroid medicines (pills) every day for weeks to months. These medicines are usually used to treat inflammatory diseases, such as asthma, lupus, and rheumatoid arthritis.

The next most common cause of Cushing’s syndrome is when the body makes too much cortisol. It may be one adrenal gland producing too much cortisol, or it may be both adrenal glands. This overproduction could be triggered by a tumor on the pituitary gland. Pituitary gland tumors causing Cushing’s syndrome aren’t usually malignant (cancerous). However, if these tumors get too big, they can cause problems with your eyesight.

Cushing’s syndrome also can be caused by other tumors in your body. Ectopic ACTH-producing tumors can be malignant or benign (not cancerous). They release too much of the hormone ACTH. This tells your body to produce more cortisol. Not much is known about what causes the tumors. If your body isn’t getting enough ACTH, your cortisol levels will decrease. As this happens, it shrinks your adrenal glands. This can lead to another disease called Addison’s disease.

A primary adrenal gland disease or disorder can also cause Cushing’s syndrome. With this type of disorder, your glands make too much or too little cortisol. This production of cortisol is not in response to ACTH.

How is Cushing’s syndrome diagnosed?

Your doctor may start by asking you questions about your medical history. He or she also may do a physical exam. If the cause is a medicine you’re taking, no tests are usually needed. If your doctor thinks you have Cushing’s syndrome and you’re not taking medicines that cause it, you may need to have blood and urine tests. These tests measure the amount of cortisol in your body.

You may need a computerized tomography (CT) scan or a magnetic resonance imaging (MRI) scan. These tests take a picture of your insides. Looking at these pictures, your doctor will be able to tell whether there are tumors on the pituitary gland or in other parts of your body that may be causing Cushing’s syndrome.

Can Cushing’s syndrome be prevented or avoided?

If your doctor plans to treat any of your health issues with steroid medicines, talk with him or her first. Discuss how long you will have to take the steroids. Ask him or her if there’s a possibility it will cause Cushing’s syndrome. There is no way of preventing pituitary gland tumors.

If a tumor is causing Cushing’s syndrome, your doctor will surgically remove it from your pituitary gland. This type of surgery is usually successful. Radiation treatments are sometimes used after surgery to lower the risk the tumor will return. You’ll need to take a cortisol replacement medicine after the tumor is removed. This is because it will take your body some time before it starts producing normal amounts of cortisol. Most people only need to take the cortisol replacement medicine for a few months. However, it could take up to year.

Cushing’s syndrome treatment does not always return people to the same level of health they once had. Their bones may not be as strong. People who no longer have Cushing’s syndrome are at higher risk of developing diabetes, high blood pressure, or high cholesterol. A person cured of Cushing’s syndrome might have some memory loss and slight mental decline. But the change is slight. In rare cases, people who have had surgery to remove a tumor that was causing Cushing’s syndrome never regain normal cortisol levels and must therefore continue to take the cortisol replacement medicine.

Once you’ve been diagnosed with Cushing’s syndrome and treated, you will need regular checkups for the rest of your life. In rare cases, surgery to remove a tumor may miss some of the tumor and it may grow again.

Hirsutism causes women to have excess hair on their face or body. It can have different causes, including genetics…

Obesity is when you weigh more than what is considered healthy for your age, gender, and height. This happens…

Lupus is a disease that causes your immune system to become overactive and attack healthy cells and tissue. Lupus…