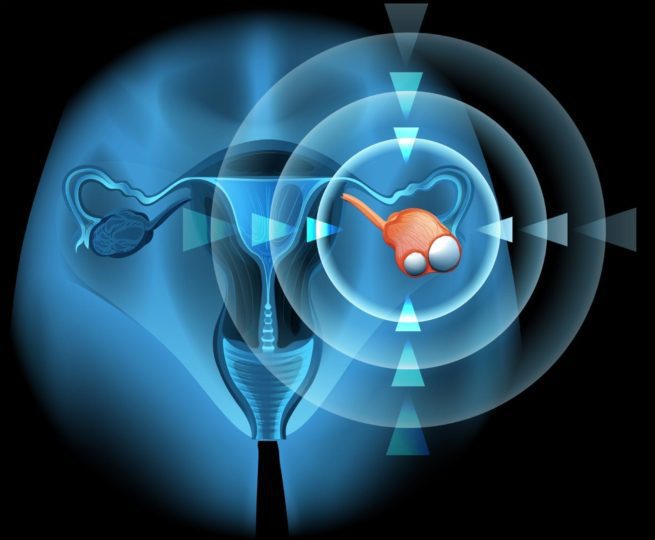 What is an ovarian cyst?

An ovarian cyst is a fluid-filled sac in or on a person’s ovary. The ovaries are part of the female reproductive system. They produce eggs and hormones.

Ovarian cysts are very common. They often occur during ovulation. This is when the ovary releases an egg each month. These are called functional cysts. Most are noncancerous. Many times, these cysts go away on their own without treatment.

Symptoms of an ovarian cyst

Often, functional cysts do not cause any symptoms. You may have one and not know it. Other times they can cause symptoms, including:

If you are menopausal and are not having periods, functional cysts shouldn’t form. But it is possible for other types of ovarian cysts to form. Call your doctor if you experience any of the symptoms of an ovarian cyst.

What causes an ovarian cyst?

The most common causes of ovarian cysts include:

Who gets ovarian cysts?

It is common for a person with regular periods to develop an ovarian cyst. It is usually harmless and goes away on its own. They are less common after menopause. Individuals who have reached menopause and have an ovarian cyst are at higher risk for ovarian cancer.

How is an ovarian cyst diagnosed?

Often times, your doctor will feel a cyst during a pelvic exam. If you have a cyst, your doctor can do two things. One is to wait and watch to see if the cyst changes or starts causing symptoms. The other is to order tests to help plan treatment. What they choose to do depends on several factors. These include your age and if you’re having symptoms.

If your doctor orders tests, they will probably want you to have a sonogram (ultrasound) so they can look at the cyst. A sonogram uses sound waves to make pictures of organs in the body. With a sonogram, your doctor can see the size, shape, and location of the cyst as well as if it is solid or filled with fluid.

Your doctor could also order other tests. These could include:

Can an ovarian cyst be prevented or avoided?

If you are ovulating normally, there is nothing you can do to prevent a functional ovarian cyst from forming. If you get cysts frequently, your doctor may prescribe hormonal birth control. This will stop you from ovulating and lower your chances of getting new cysts.

The treatment for ovarian cysts depends on several things. This includes your age, whether you are having periods, the size of the cyst, its appearance, and your symptoms.

Surgery is an option for some people. You may need surgery if the cyst:

In addition, if you’re past menopause and have an ovarian cyst, your doctor will probably want you to have surgery. Ovarian cancer is rare, but individuals 50 to 70 years of age are at greater risk. People who are diagnosed with cancer at an early stage do much better than those who are diagnosed later.

There are 2 main ways surgery can be done on an ovarian cyst:

Your doctor will talk to you about the risks of each kind of surgery. They will tell you how long you are likely to be in the hospital and how long it will be before you can go back to your normal activities.

Living with an ovarian cyst

A vasectomy is a procedure that makes a man permanently unable to get a woman pregnant.